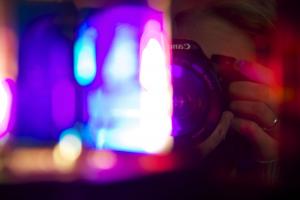 Photomarathon. Known as the longest marathon in the world. It is a race. Officially. Demanding, but generous with benefits, if you decide to take a risk and participate. All you have to do is to keep your eyes open for colors, shapes, faces, expressions and be ready to chase them, if it´s needed (here comes the actual running part). Art is not easy. As well as breaking people´s way of thinking. But both can be done, if you become an official photographer of Reykjavik Gaypride parade 2012!

Even though for some of us this race started with a “false start”, from that point it become better and better every day - going on excursions and exploring Iceland in the morning and shooting photos in the evening - that’s a life, isn’t it?

As we were collaborating with Reykjavik Gaypride, it was a great chance to see and participate in one of the greatest events in Iceland. Everything, starting from drag queen contest and stand-up comedy show, given by British comedian Zoe Lyons and ending with opening ceremony and parade itself was open to us.

Looking back at almost two intensive weeks we spent in Reykjavik and Ullfarsfell, everyone would agree that it was though and demanding, but interesting, mind changing and overall – fun and vivid! And that’s how every marathon should be!