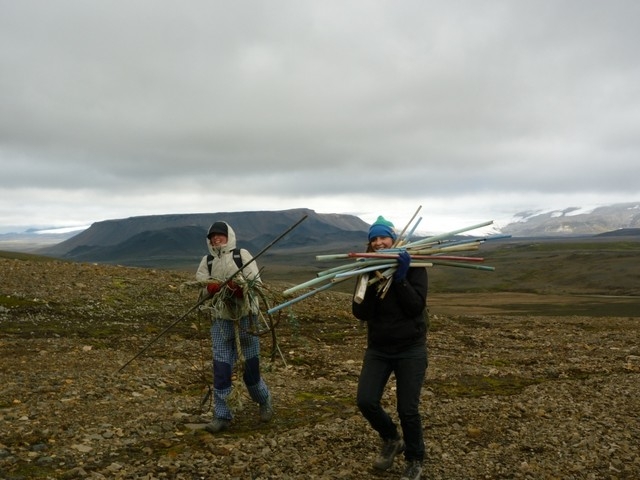 10 volunteers from Italy, Spain, Netherlands, France, Slovakia, Germany and Latvia spent two memorable weeks in a very magic and historic place - in the middle of the famous Kjölur road. All of us formed a strong team which helped us to deal with all of the tasks much more easily.

The most amazing thing apart from great volunteers, was the wonderful nature around us. The Highlands is the only place where mountains, rivers, and glaciers are. Already in the first days volunteers understood why mountains are called "House of Gods", because they really are. They are so quiet, so filled with emotions, thoughts and happiness that spread through us.

We did a lot of various and valuable jobs, but there were two main ones. The first one was collecting rubbish and litter from the skiing school which was located there 15 years ago. Now when glacier has melted, ski poles, parts of ski lifts desperately ask to be removed from the mountains. The second one was removing an old 20 km long fence and we managed to do around 6 km of that.

During the camp we met a group of geologists which where working on the glacier so we spent evenings together and learned a lot from them and become good friends. All mentioned things are only a small part of our experience. Other things can not be described in words, they must be experienced, they must be felt individually.