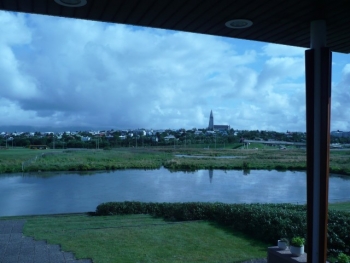 Ask for more information
From 05.07.2009 to 18.07.2009
Type: Environmental / Language
Number of volunteers: 6
Language: English - high proficiency is not required
Accomodation: Local housing in the heart of Reykjavík
Participation fee: 150 EUR
Extra: SEEDS will provide volunteers with passes to access free of charge the city's seven geothermal swimming pools and beach. Volunteers will have the chance to live at the northernmost capital in the world and one of the smallest!

WORK & STUDY/PROJECT: This particular project will combine a learning/study content of English language and of work in the capital of Iceland. Volunteers wishing to improve their communication skills in English language and willing to discover Reykjavík and its citizens are welcome to join this project; the focus will be given to conversational/oral competences; accompanied by formal sessions on grammar and informal ones on practical situations of real life.

The group may be divided according to the English level of the participants. Formal and non-formal learning methods will be combined with a good blend of in-room sessions and in-the-city activities to practice and improve the English knowledge in different situations and circumstances of daily life.

The project will be divided into two; during the morning volunteers will have the English lessons and activities with an experienced English teacher; while in the afternoon the group will be working on various different projects with the city of Reykjavík, in the public and outdoors areas.

The lessons will be given in a language school located in the centre of the city; closely located to the accommodation place and within walking distance to all major attractions of Reykjavík. The working sites will be diverse around the city and include work at the coast-line, parks and recreational areas.

LOCATION: Reykjavík*, the Icelandic capital, has been called Europe's hottest capital. Slick advertising campaigns have championed the city's famed nightlife. But there is more to Reykjavik than pubs and clubs. Reykjavík held the prestigious title European City of Culture in the year 2000; a welcome recognition of the energetic and colourful cultural life of the capital.

The world's northernmost capital bridges the Atlantic, between Europe and North America, is framed by the majestic Mt. Esja and the blue waters of Faxaflói Bay. The population of the city is about 115,000 (40% of Iceland's population) in the metropolitan area and 180,000 (60% of Iceland's inhabitants) including its suburbs. It is growing steadily and 45% is younger than 30 years old; 83,1% of men and women aged 16-74 are active on the labour market. Reykjavík is a dynamic, modern city in harmony with beautiful nature, using renewable energy sources, geothermal power and glacial rivers. It is an International city with a lively Cosmopolitan cultural scene.

EXTRAS: Participation fee EUR150. SEEDS will provide volunteers with passes to access free of charge the city's seven geothermal swimming pools and beach. Volunteers will have the chance to live at the northernmost capital in the world and one of the smallest!

* The name Reykjavík means "smoky bay": Given by the first settlers that arrived to the area due to the high geothermal activity and the constant rise of steam out of the hot springs around.