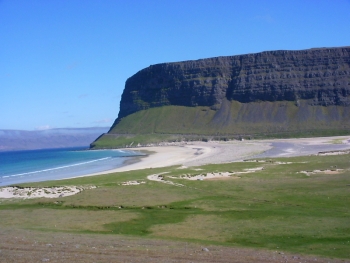 Ask for more information
From 20.07.2007 to 03.08.2007
Type: Festival / Environmental
Number of volunteers: 12
Language: English
Accomodation: Local house
Participation fee: 80 EUR
Extra: Access to the local swimming pool and sports centre. Excursions in the area will be arranged for volunteers.

WORK/PROJECT: Volunteers will be working on a particular project with the development agency of the Western Fjords, the Hiking and Culture festival, volunteers will be directly engaged in the preparation, activities of the festival and in diverse tasks once it has finished. Possible tasks: maintenance and marking of hiking paths, putting up of signs in noteworthy places; as works on common and green recreational areas in the zone, gardening works, etc.