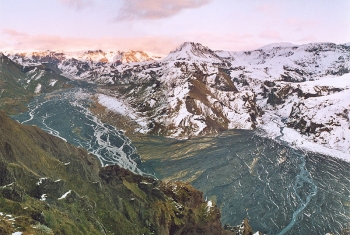 Ask for more information
From 02.07.2006 to 16.07.2006
Type: Environmental
Number of volunteers: 8
Language: English
Accomodation: Youth hostel and tents
Participation fee: 140 EUR
Extra: Free entrance to the local swimming pool will be provided and excursions in the city will be arranged for participants in the workcamp.

WORK / PROJECT: Volunteers will work in the surrounding area of the Icelandic capital and one of its suburbs -Hafnarfjörður- during the first week of the project and then will move to Þórsmörk. In the first part of the project we will work tiding up the forest area, planting trees as maintaining and marking walking paths. During the second part, volunteers will basically perform reforestation tasks in Þórsmörk and will work on the hiking trails in the area.

ACCOMMODATION: For the first part of the workcamp, volunteers will stay in the local youth hostel and during their stay in Þórsmörk we will sleep in tents. Food will be provided and access to facilities to prepare the meals is available.

LOCATION: Reykjavík, it's been called Europe's hottest capital. Slick advertising campaigns have championed the city's famed nightlife. But there is more to Reykjavik than pubs and clubs. Reykjavik held the prestigious title European City of Culture in the year 2000; a welcome recognition of the energetic and colourful cultural life of the capital.

The world's northernmost capital is framed by the majestic Mt. Esja, which keeps a watchful eye on the city, and the blue waters of Faxaflói Bay. On a sunny day, the mystical Snaefellsjökull glacier appears crystal-like and baby-blue on the western horizon, while mountainous moonscapes spread to the southeast; is spread across a peninsula with a panoramic view of the mountains and the Atlantic Ocean on almost all sides. In the summer, you can sit by the harbour at midnight and watch the sun dip slightly below the horizon before it makes its way up again.

The population of the city is about 170,000 including its suburbs.

Iceland´s first Youth Hostel was at Valaból, c.a. 25 km. from Reykjavík. The Hostel was operated in a cave named Músarhellir, or Mousecave. When hostellers stayed in the cave they also attended to nature related issues in their surroundings.

During the first years of the operation of Valaból the environmental work was very ambitious. During the last few years however, the organisation has unfortunately not been very active in the field. It is sure to say that Valaból is a real oasis in the desert, today it is a popular place to visit amongst hikers and people come there horseback riding.

Þórsmörk (e: The Forest of Þór) is a nature pearl only 150 km from Reykjavík. The area is surrounded by rugged and beautiful mountains, glaciers and glacial rivers, decorated with small birch woods and silver lined with humming brooks. Þórsmörk is a home of 170 plants as well as a variety of moss and fern. In the area are many marked hiking paths. Icelanders appreciate Þórsmörk very much and visit it frequently the whole year round.

LANGUAGE: English will be the official language in the camp.