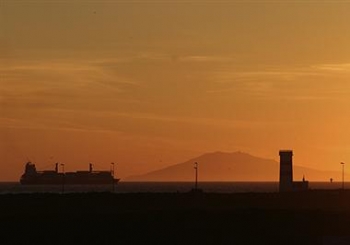 Ask for more information
From 02.06.2008 to 16.06.2008
Type: Environmental
Number of volunteers: 15
Language: English
Accomodation: Local house
Participation fee: 80 EUR
Extra: Excursions and free time activities in the area will be arranged for the volunteers.

WORK/PROJECT: Volunteers will be living and working at the Garður community in the south-west of Iceland. The town of Garður celebrates its 100th anniversary this year, on June 15th and SEEDS volunteers will be a crucial part of diverse types of jobs prior to the celebrations on the weekend and the happenings during the festivities.

Volunteers will be performing different types of tasks during the 2 weeks and some of them include laying down grass surfaces, cleaning up the public areas and coastline, planting trees and flowers, maintaining some of the trails along the shore and general preparations for the celebrations.

Depending on the advance of the projects, volunteers may have other possible tasks as putting up of signs in noteworthy places; as works on common and green recreational areas, gardening and painting works, etc.

The house has a well equipped kitchen and basic facilities, except for showers, which are located in the sports centre nearby. Access to the swimming pool is free of charge for SEEDS volunteers.

LOCATION: Garður is located in the south-west of Iceland, on the Reykjanes peninsula and its populations amounted 1451 on December 31st, 2006; while its surface is of 21 km². Those who have been to Garður say there is no better place on earth to understand the enormity of the ocean than at Garðskagatá, the narrow strip of land, bordered by the Faxaflói bay on one side and the Atlantic Ocean on the other. This open field is unsheltered by any mountains and the view across the water is panoramic and of great beauty. The old lighthouse at Garðskagatá was built in 1897.

Garður (The name means Garden) is one of few counties to be proud of their lighthouses. The old lighthouse has served more than fishermen and sailors, as it has been a popular bird watching hideout for many years. In the spring, many thousands of migrating birds settle in the south and west of the area to rest for a few days before spreading out all over the country.

The old fishing grounds just outside the shore were the reason the settlement here came to be and in earlier times the number of ships being outfitted at the Útskálasókn outfitters here was around 200 a year. Many people are surprised to find the clearest evidence of agriculture in Iceland here, in the ancient settlement of Útskáli. This garden is what gave the county its local name of Garður.

Reykjanes (or Reykjanesskagi) is a peninsula and a volcanic system situated at the south-western end of Iceland, near the capital of Reykjavík. The peninsula is marked by active volcanism under its surface, and large lava fields, allowing little vegetation. There are numerous hot springs and sulphur springs in the southern half of the peninsula, around the Kleifarvatn lake and the Krýsuvík geothermal area. There is also a geothermal power station at Svartsengi. Near the power station is a swimming pool has been installed using the hot and mineralized water coming down from the power station; it is known as the "Blue Lagoon" (Bláa Lónið).