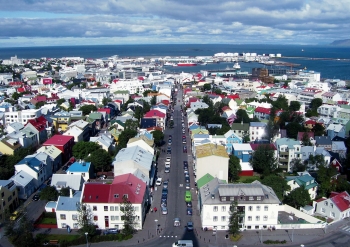 Ask for more information
From 12.08.2008 to 26.08.2008
Type: Festival / Environmental
Number of volunteers: 14
Language: English
Accomodation: Room shared in a building in Reykjavík
Participation fee: 150 EUR
Extra: Excursions and free time activities in the area will be arranged for the volunteers. And of course the chance to live the northernmost capital city in the world and one of the smallest! Free access to local swimming pools and tourist cards will be provide

WORK/PROJECT: The City of Reykjavík* will be our host again for the third year in-a-row during these cultural and sports events, which are the largest ones in the country. We will be working in two main fields: Festivals and environment/green areas. During the period of time the workcamp takes place there will be 2 big festivals in the city, volunteers will be collaborating and helping around the different tasks before, during and after the festivals. This means that volunteers will work during the weekend they take place and will have two days off during the regular working/business days (Monday to Friday). The 2 big festivals will be held on August 23, Menningarnótt (The Culture Night) and Maraþon (The Reykjavik Marathon). The working load will be heavier in the last days prior to the weekend and during the weekend itself. Appart of the tasks related to the festivals we will be working with the Public areas department of the city, in charge of environmental affairs and green areas. Volunteers will work before, during and after the festivals, helping in the many different activities related to their preparation and execution as re-arranging all again, once they are over.

ACCOMMODATION: Volunteers will be lodged in a building located in the centre of Reykjavík, sharing a large room and sleeping on mattresses on the floor. Volunteers are expected to cook their own meals, ingredients will be provided and the common tasks will be shared fairly.

The world’s northernmost capital bridges the Atlantic, between Europe and North America, is framed by the majestic Mt. Esja and the blue waters of Faxaflói Bay. The population of the city is about 115,000 (40% of Iceland’s population) in the metropolitan area and 180,000 (60% of Iceland’s inhabitants) including its suburbs. It is growing steadily and 45% is younger than 30 years old; 83,1% of men and women aged 16-74 are active on the labour market. Reykjavík is a dynamic, modern city in harmony with beautiful nature, using renewable energy sources, geothermal power and glacial rivers. It is an International city with a lively Cosmopolitan cultural scene. Visitors to Reykjavik experience easily the pure energy at the heart of Iceland's capital city - whether from the boiling thermal energy underground, the natural green energy within the city and around it, or the lively culture and fun-filled nightlife. Reykjavik is spread across a peninsula with a panoramic view of the mountains and the Atlantic Ocean on almost all sides. In the summer, you can sit by the harbour at midnight and watch the sun dip slightly below the horizon before it makes its way up again.