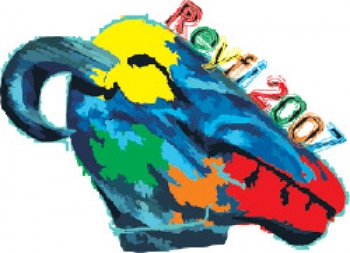 Ask for more information
From 16.08.2007 to 30.08.2007
Type: Festival
Number of volunteers: 16
Language: English
Accomodation: Building located in Reykjavík, sharing a large room and sleeping on mattresses on the floor.
Participation fee: 140 EUR
Extra: Free time activities in the city will be arranged for volunteers by our local hosts

WORK/PROJECT: Do you enjoy good music, architecture, art, theatre – all kinds of culture? If the answer to this question is YES then you probably should sign up for being a volunteer on REYFI!

SEEDS volunteers will once again join a project in Reykjavík related to festivals! SEEDS & REYFI cooperate for the first time and we would like to host volunteers supporting us in different activities during the festival as selling and checking tickets, monitoring exhibitions, giving out information about the festival in the town and at the information desk, cleaning, carrying and moving stuff, helping in the restaurant kitchen, helping people with parking, etc. what ever needs to be done. The main principle is one day work- one day access to the festival for free. There are some basic requirements such as not to smoke during one`s shift and also trying to maintain a positive attitude towards people. After all, we are trying to create a pleasant and relaxed festival for every body.

Shortly, make REYFI the coolest festival ever in Iceland! The festival will last for nine days, between the 18 and 26 of August and volunteers will be active every day since the program is full of great acts, nice exhibitions and creative workshops. Thousands of guests are expected to attend REYFI cultural festival to be held in the Nordic House, a building designed by Alvar Aalto in Vatnsmýri. The house will reopen after extensive repairs and alterations on 18th August, the city of Reykjavík’s anniversary, when the Menningarnótt (Night of Culture) festival will be formally opened.

A glass pavilion will be situated in the House’s grounds to accommodate a large number of Icelandic and foreign performers. The wide-ranging program for REYFI-wealth of culture includes jazz, rock, opera and classical music, visual arts, design, architechture, circus performers, dance and Nordic culinary arts. REYFI-wealth of culture will be one of the largest cultural events in Iceland this year.

ACCOMMODATION & FOOD: Volunteers will be lodged in a building located in Reykjavík, sharing a large room and sleeping on mattresses on the floor. Volunteers are expected to cook their own meals, ingredients will be provided and the common tasks will be shared fairly.

The Nordic House is in the centre of Reykjavik, close to the university and the domestic airport.