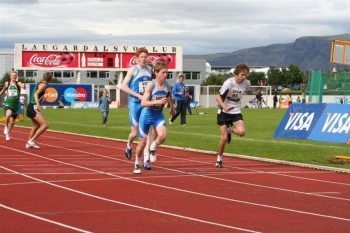 Ask for more information
From 18.06.2007 to 02.07.2007
Type: Festival / Environmental
Number of volunteers: 10
Language: English
Accomodation: Local school and huts, sleeping in shared rooms, on mattresses on the floor
Participation fee: 120 EUR
Extra: Volunteers will get free access to the swimming pools in Reykjavík, bus passes in the city and an organised excursion to the Blue Lagoon has been arranged for SEEDS’ volunteers. Transport to Þórsmörk and back is included.

WORK/PROJECT: SEEDS, SEE beyonD borderS, will support with a group of international volunteers two different projects in Iceland. The first one will be the International Children’s games and during the second part of the projects our volunteers will be working in the protected area of Þórsmörk.

During the first week, until June 24, volunteers will be occupied supporting the organisation of the games in the Icelandic capital, Reykjavík; on diverse tasks, assisting the organisers, guests and competitors during the games. The games itself will last from June 20 to 25. http://www.icgreykjavik.is

On June 25 and for the second half we will move to the natural reserve (protected area of Þórsmörk, where volunteers’ tasks will be mainly focused on building, maintenance and marking of walking paths and hiking trails. Additional work there might include maintenance of the mountain huts in the area, painting huts and cabins along with some forestry work. See http://www.thorsmork.is

ACCOMMODATION: While in Reykjavík, volunteers will be lodged at a local school, sleeping in shared rooms, on mattresses on the floor. In Þórsmörk we will stay in the huts and will sleep either in bunk beds or mattresses on the floor. A warm sleeping bag is strongly recommended. Volunteers will receive food provided and be in charge of the different cooking and cleaning activities.

LOCATION: Reykjavík, the Icelandic capital, has been called Europe’s hottest capital. Slick advertising campaigns have championed the city’s famed nightlife. But there is more to Reykjavik than pubs and clubs. Reykjavík held the prestigious title European City of Culture in the year 2000; a welcome recognition of the energetic and colourful cultural life of the capital. The world’s northernmost capital bridges the Atlantic, between Europe and North America, is framed by the majestic Mt. Esja and the blue waters of Faxaflói Bay. The population of the city is about 115,000 (40% of Iceland’s population) in the metropolitan area and 180,000 (60% of Iceland’s inhabitants) including its suburbs. It is growing steadily and 45% is younger than 30 years old; 83,1% of men and women aged 16-74 are active on the labour market. Reykjavík is a dynamic, modern city with a lively Cosmopolitan cultural scene.

The Þórsmörk natural reserve is one of the most beautiful places in Iceland, surrounded by natural boundaries like mountains, ice caps and Glacier Rivers & lagoons. The Þórsmörk area is bounded by Krossá River to the south, Markarfljót River to the west, Ljósá River to the north and the ice cap Mýrdalsjökull to the east. Þórsmörk is an idyllic place of exceptional meteorological conditions hidden in the embrace of glaciers and mountains and was actually a fjord from the ocean about 12.000 years ago. The weather here is also often known to be better and less windy than in the immediate surrounding areas - making it a great destination to go to when the weather is lousy elsewhere. The glacier lagoon here is very popular to visit as well. It is one of Iceland’s brightest pearls in the string of beautiful areas of the country, surrounded by rugged and beautiful mountains, glaciers and glacial rivers, decorated with small birch woods and silver lined with humming brooks. Þórsmörk is situated in the south of Iceland, 155 km from Reykjavík, between 3 glaciers in a place of surreal beauty. Þórsmörk is famous for spectacular nature and is very popular to visit and go hiking. There are many hiking trails in Þórsmörk, one can hike inside the area or hike over the unique trail “Laugavegur” to Landmannalaugar. There is also a special trail from Skógar to Þórsmörk “Fimmvörðuháls” so it is a perfect place for nature lovers and those who enjoy being outdoors.

STUDY THEME: Environmental messenger in the project. S/he will be in charge of delivering ecological and global education messages to both, International volunteers and local hosts through organised activities.