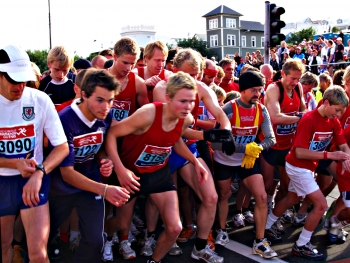 Ask for more information
From 07.08.2007 to 21.08.2007
Type: Festival / Environmental
Number of volunteers: 15
Language: English
Accomodation: Building located in the centre of Reykjavík
Participation fee: 140 EUR
Extra: Excursions and free time activities in the area will be arranged for the volunteers. And of course the chance to live the northernmost capital city in the world and one of the smallest!

WORK/PROJECT: The City of Reykjavík* will be our host again during these cultural and sports events, which are the largest ones in the country. We will be working in two main fields: Festivals and environment/green areas. During the period of time the workcamp takes place there will be 3 big festivals in the city, volunteers will be collaborating and helping around the different tasks before, during and after the festivals. This means that volunteers will work during the 2 weekends and will have two days off during the regular working/business days (Monday to Friday). The 3 big festivals are Hinsegin Dagar (The Gay Pride) on August 10-12, Menningarnótt (The Cultural Night) and Maraþon (The Reykjavik Marathon) during the second weekend, August 17-19. The working load will be heavier during the 2 weekends and out of the tasks related to the festivals we will be working with the Public areas department of the city, in charge of environmental affairs and green areas.

Volunteers will work before, during and after the festivals, helping in the many different activities related to their preparation and execution as re-arranging all again, once they are over.

ACCOMMODATION: Volunteers will be lodged in a building located in the centre of Reykjavík, sharing a large room and sleeping on mattresses on the floor. Volunteers are expected to cook their own meals, ingredients will be provided and the common tasks will be shared fairly.