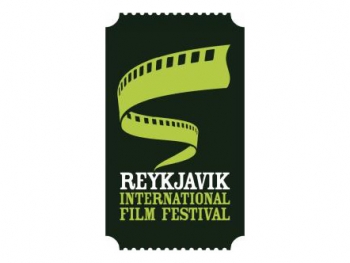 Ask for more information
From 26.09.2007 to 08.10.2007
Type: Festival / Arts
Number of volunteers: 15
Language: English
Accomodation: Youth accommodation building
Participation fee: 140 EUR
Extra: Volunteers will have free passes and access to all the screenings of the festival including receptions, while they are having their free time.

WORK/PROJECT: Volunteers will be part of the team organising the Reykjavík International Film Festival (RIFF). Volunteers will team up with the local Icelandic volunteers from the Film studies of the University of Iceland. They will share all types of tasks related to the festival and the group will be split according to the needs and to give everyone the chance to try out different assignments.

The input of volunteers will make a big difference in making the festival an impressive cultural event. Before starting the festival handing out leaflets, posters and brochures, receiving guests to the screenings, helping the International teams presenting their new releases, selling entrance tickets and festival passes, controlling at the entrances in the venues, helping during the screenings, guiding and assisting participants and spectators, setting up the venues before and after the movies and a wide variety of many different duties to be performed during the festival. Volunteers are an integral part of creating a special festival atmosphere in Reykjavík.

The tasks are very exciting for volunteers interested in films, since we try to give them insight into the working process for a film festival whilst also offering a chance to experience a fun job in a creative atmosphere.

ACCOMMODATION: Volunteers will be lodged in a youth accommodation building. There will be bunk beds, mattresses and all facilities needed. Food will be provided, so cooking and common tasks will be shared fairly among the participants. A warm sleeping bag is highly recommended.

Reykjavik International Film Festival, launched in 2004, holds in many respects a unique position among film festivals organized around the world. How often are festival-attendees given the chance to catch the cream of recent festival films, see dozens of amazing flicks from the world’s youngest and most talented directors, meet foreign film pioneers, see the shimmering Northern lights and attend informative seminars and symposiums?

The programme includes a mixture of movies from more than 30 countries and more; a special category dedicated to human rights in cooperation with UNIFEM and UNICEF in Iceland.