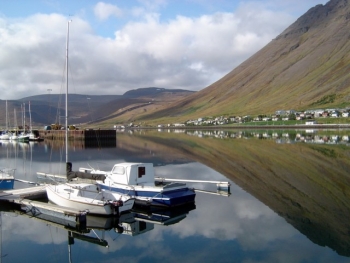 Ask for more information
From 14.06.2010 to 28.06.2010
Type: Arts / Cultural
Number of volunteers: 6
Language: English - high proficiency is not required
Accomodation: Volunteers will stay at a local house/school; in own sleeping bags.
Participation fee: 150 EUR
Extra: Free transport from Reykjavík to Ísafjörður (one way). Tickets to the swimming pools. Tours and excursions at discount fares.

WORK/PROJECT: SEEDS volunteers in this project will be part of two cultural projects in west Iceland, first half in the capital, Reykjavík, and the second half in the “capital” of the Westfjords, Ísafjörður.

The project will last for 2 weeks: in the first week, the group will prepare several events for the independence day of Iceland, June 17th. It is one of the biggest holidays in Iceland, families gather in downtown Reykjavík to celebrate together.

During the second week volunteers will work in the annual music festival “Við Djúpið”. The festival is held in the West Fjords of Iceland around summer solstice and it offers series of concerts and master classes, which are held in close cooperation with the Iceland Academy of Arts. During the last 6 years the festival has offered master classes and concerts with nation- and worldwide known artists.

Volunteers will share all types of tasks related to the festival and the group will be split according to the needs to give everyone the chance to try out different assignments. The input of volunteers will make a big difference in making the festival an impressive cultural event. The tasks include receiving guests at the airport, driving them, selling entrance tickets, controlling at the entrances in the venues, helping during the classes and concerts, guiding and assisting participants and audience, setting up the venues before and after the concerts and a wide variety of many different duties.

Volunteers are an integral part of creating a special festival atmosphere in Ísafjörður and shall be prepared for flexible time schedule (like for evenings & weekends).

ACCOMMODATION: Volunteers will stay at a local house/school; volunteers will sleep on mattresses on the floor. Bringing a warm sleeping bag is needed. Food ingredients will be provided and a kitchen will be available, volunteers will share the duties of preparing and cooking meals.

LOCATION: Reykjavík, the Icelandic capital, has been called Europe’s hottest capital. Slick advertising campaigns have championed the city’s famed nightlife. But there is more to Reykjavík than pubs and clubs. The world’s northernmost capital bridges the Atlantic, between Europe and North America, is framed by the majestic Mt. Esja and the blue waters of Faxaflói Bay.

Visitors to Reykjavík experience easily the pure energy at the heart of Iceland's capital city - whether from the boiling thermal energy underground, the natural green energy within the city and around it, or the lively culture and fun-filled nightlife. Reykjavík is spread across a peninsula with a panoramic view of the mountains and the Atlantic Ocean on almost all sides. In the summer, you can sit by the harbour at midnight and watch the sun dip slightly below the horizon before it makes its way up again.

In the West fjords you will travel through the whole range of Icelandic flora from the shore and meadows, through birch and willow, to mossy moors. On a stroll amidst the driftwood on the shore one can see birds and seals and then an occasional arctic fox around the deserted farmsteads.

The town of Ísafjörður stands on a narrow spit in the fjord Skutulsfjörður, which meets the waters of the larger fjord Ísafjarðardjúp. The town is surrounded by mountains that offer endless opportunities to enjoy nature and wilderness during all seasons. Despite its small population, the town has a rather urban, or one could say international, atmosphere. It is known throughout the country for its rich cultural life, with music and visual arts having long tradition and firm roots in the town’s history.

EXTRAS: Participation fee EUR 150. Transport from Reykjavík to Ísafjörður (one way) is included in the fee. SEEDS will provide volunteers with passes to access free of charge the Reykjavík city’s seven geothermal swimming pools and thermal-water beach. Tours and excursions will be arranged for SEEDS volunteers at discount fares.