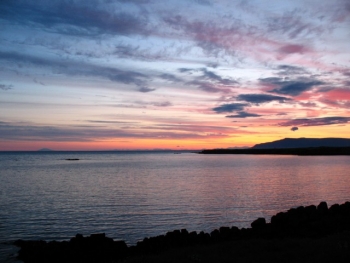 Ask for more information
From 10.08.2009 to 23.08.2009
Type: Environmental
Number of volunteers: 14
Language: English - high proficiency is not required
Accomodation: Local housing
Participation fee: 160 EUR
Extra: SEEDS will provide volunteers with passes to access free of charge the city\'s seven geothermal swimming pools and beach. Volunteers will have the chance to live at the northernmost capital in the world and one of the smallest!

WORK/PROJECT: SEEDS volunteers in this project will be part of the Reykjavík City & SEEDS Green Days in the Icelandic capital! This project focuses on raising awareness among participants, local citizens, organisations, authorities and other urban actors to improve the environment's quality and our use of resources by changes in behaviour.

The project will last for 2 weeks: in the first week, the group will prepare the public open campaigns and activities for the second week. Examples of the actions include theater plays in the streets of the city, critical masses, presentations, workshops, invitation of guest experts and lecturers, etc. Diverse issues will be of focus: Climate change, waste management, responsible consumption, energy dependance, transportation and “My Reykjavík”.

Apart from raising awareness, the activities will provide citizens with information and exchange opportunities about the current and future of global environmental affairs. It will be an education initiative that encourages all to take steps towards becoming more environmentally-responsible.

SEEDS runs the project with the support of the city of Reykjavík, the cooperation of GAIA (Students in Environment and Natural Resources at the University of Iceland) and VAKTIN (a local grassroot organisation working to enhance the look and feel of Reykjavík).

Volunteers shall be prepared for flexible time schedule (like for evening & weekend campaigns). Additional work performed by the volunteers may be done for the city of Reykjavík; working on the public recreational areas of town; and it would include the green areas and parks of the city.

ACCOMMODATION: Volunteers will stay at local school; volunteers will sleep on mattresses on the floor and shall bring a warm sleeping bag. Food ingredients will be provided and a kitchen will be available, volunteers will share the duties of preparing and cooking meals.

STUDY THEME: Environmental messenger in the project. S/he will be in charge of delivering ecological and global education messages to International volunteers and to facilitate the preparation of the different campaigns.

EXTRAS: Participation fee EUR160. SEEDS will provide volunteers with passes to access free of charge the city’s seven geothermal swimming pools and beach. Volunteers will have the chance to live at the northernmost capital in the world and one of the smallest!