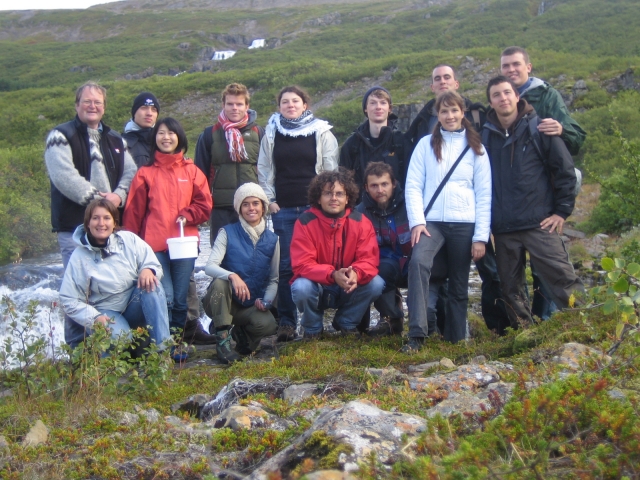 It was one of the most adventurous of this years´ SEEDS workcamps.

Thirteen volunteers went to reconstruct an old former whaling station in Suðureyri near Bíldudalur and Tálknafjörður, villages located in the remote Icelandic Western fjords. A small museum should be placed there in future. The story of a station, that was founded in 1892 by Norwegians and was later closed to protect the stock in 1915 – a rare example of sustainable whaling in modern times. Even in current discussions about the future of commercial whaling the Icelandic government points out that its policies were always sustainable – in huge contrast to the histories of many anti-whaling countries.

Few hundred whales were caught every year and brought to Suðureyri; everything from the giant mammal was used – skin and bones for meal to feed animals, meat for export, fat for oil in lamps. Almost nothing was thrown away as trash. Icelanders used to hunt whales in a smaller scale for centuries before, but the Norwegians brought bigger ships and skills to catch whales also for export. Only two other stations like Suðureyri were located in the Western fjords.

After its reopening in 1935 the factory finally closed its doors in 1939 because of the trade limitations after the beginning of World War II.

Jón, our great local contact, told us the stories about the station and he prepared one more special Icelandic experience – sheep head for dinner. Not only that we had the chance to find a half-head on our plate, we could also prepare the meal for ourselves. A difficult enterprise for some stomachs of „city-people“, as we also had to cut the skulls into two halves and clean the brains just with our fingers. But in the end a special dinner was ready and the brave among us could try to eat it the Icelandic way – including the tongue and the eyes...

„Like in the old days“, was the topic of the workcamp. And yes – we could fish our own food and lived without electricity and shower for a few days. But still there was a car to bring fresh food from the shop or to take us to the hut tub or swimming pool, so we didn´t give up the luxuries of the „new days“.

The Viking gods unfortunately didn´t answer Jón's calls for better weather, so we had to leave the cold, windy and rainy station to live in the comfortable rooms in Bíldudalur during the second week of our camp. Also not all the planned work could be finished because of the weather conditions... But that is Iceland where September can be already a very demanding and cold time of year in a place where only Greenland and ice wait behind the cold sea.

For more information, please download the document or visit http://www.bildudalur.is