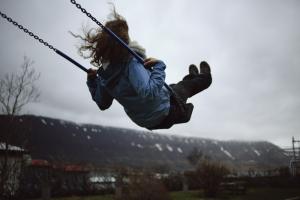 Making a dream reality in the West Fjords - Raggagarður, Súðavík

The work placement was in the hearth of the west fjords of Iceland, Súðavík, a town of about 130 inhabitants, a wonderful place where you can feel the nature living around. Arctic foxes, wild swans, seals, whales... almost all the Icelandic fauna concentrated in that little paradise.

Our project was made by memories, dreams and the passion of a woman to make something great. The story begins when Bogga, our host, lost her son in a car accident. She decided then to do something nice for the community, so she started a project of a playground and family park, placed in the old town where there was an avalanche some years ago. The park was called Raggagardur, in memory of Bogga's son, Ragnar. Many people from all over the country started to help her on the project and after 10 years the park became a reality

And that is when the SEEDS volunteers came to help. Our team was composed by 6 volunteers from 6 different nationalities; Unites States, Canada, Italy, Austria, France and Spain. We were working fast but in a relaxed way, the team work made everything much easier. We had to hurry a little bit because the summer season was coming and the park was to be ready for the kids and families who are enjoying their summer holidays. Basically, our work consisted in painting, gardening, putting up fences around the park and some little things to keep the place nice and beautiful.

We even finished earlier than we expected and we had a lot of free time at the end of every working day. We had the opportunity to meet the local people from Súðavík, like the cool working staff from the Arctic Fox Center in the town where there is also a museum and we got great soup for free for all the volunteers in a local restaurant. We also enjoyed the company of the rest of the members from the Raggagardur society, they toke us for a hike along the fjords and showed us many secret and wonderful places that only the local people know. On our free day we were invited by our host to ride Icelandic horses and to swim in a really warm swimming pool with the fjords as background - the place was amazing!

At the end of the workcamp we had a BBQ party at Bogga's home, where we ate the best of the local food surrounded by all the people who were helping to Bogga on her project in Súðavík. It was a really nice time and we realized then that we had become a part of that little community, because we were doing something great for it.