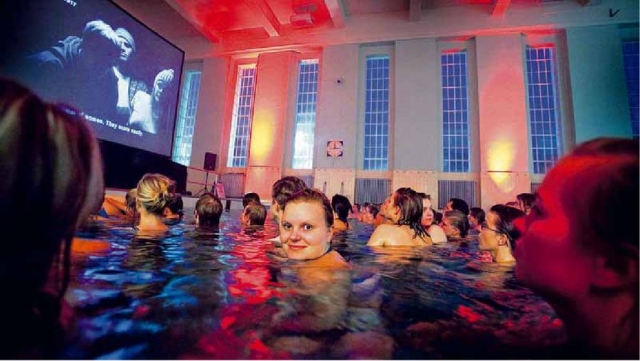 During the last two weeks of September, a group of SEEDS volunteers added the glitz and glamour to the Reykjavik International Film Festival (RIFF).

RIFF was founded in 2004 with the aim of establishing a major film event to enrich and enliven the local film culture. Since its conception, the festival has become bigger and better, especially with this years' honorary guests Adrian Sitaru, Bèla Tarr and James Marsh, adding to the international pedigree of the festival. The SEEDS volunteers certainly contributed to this international exchange: our volunteers came from as far away as Australia, Czech Republic, Estonia, France, Germany, Poland, Russia, South Korea, Spain, United Kingdom and the United States.

For two weeks our volunteers were given a unique opportunity to escape their ordinary lives and work behind the scenes of RIFF. Their tasks included acting as drivers for the festival's honorary guests, chairing question and answer sessions with various filmmakers, working in cinemas as projectionists, as members of the special events team, and in the ticket office and information centre. It was not all hard work, as there were lots of opportunities for the volunteers to enjoy themselves.

Whether it was going to watch films using their festival pass or attending one of the exciting special events there was always something to do during the hectic two weeks. Although the end of the festival called "cut" on the stay of our volunteers, when they return home they should reflect that without their help and dedication the festival would not have been possible.