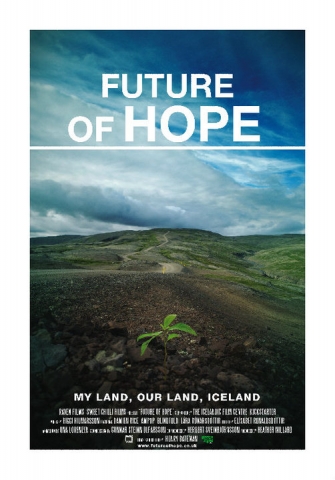 It was the beginning of September 2009. Ordinary day for most of us...

But not for Future of Hope filming crew as well as volunteers of SEEDS 16. Fljótsdalshérað  - Icelandic North-east (1). Exactly one year ago all of them accidentally met in the North-east of Iceland and still remember each other as well as the fun they had together. Now, after one year two British filmmakers supported by a fully Icelandic crew are proud to introduce a new feature-length documentary. Our volunteers were witnesses of how a part of the movie was made.

"Future of Hope" powerfully demonstrates the increasing need to make real progress toward sustainable living. It also offers an alternative view of Iceland to the one represented in the foreign media being the first documentary to look at the optimistic side of the economic downturn. "Future of Hope" takes you on a journey from the history to the present and looks to the potential future of a new Iceland.

Let's meet in the cinema!
http://www.futureofhope.co.uk/